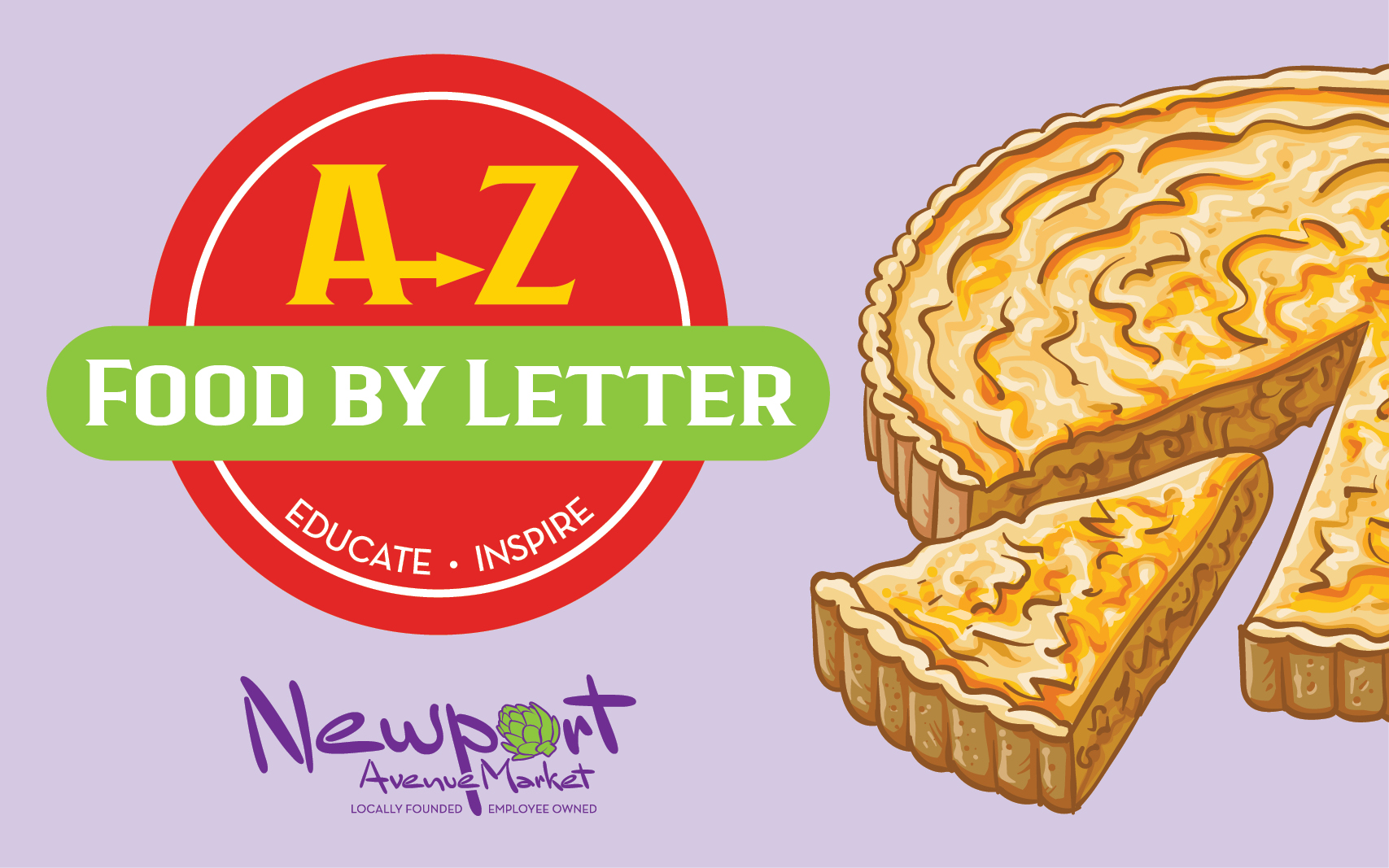 Posted at 09:35h on 18 Aug in Deli, Food by Letter, Produce, What's New by The Newport Foodie
3 Likes
Share

When life breaks your eggs…make quiche! Although quiche is considered a classic dish of French cuisine, the dish actually originated in Germany, in the medieval kingdom of Lothringen, under German rule, and which the French later renamed Lorraine. The word ‘quiche’ is from the German ‘Kuchen’, meaning cake.

Quiche became popular in England after the Second World War, and in the U.S. during the 1950s. Because of its primarily vegetarian ingredients, it was considered an ‘unmanly’ dish…hence the popularized quote at the time “real men don’t eat quiche.” Today, men and women alike can enjoy the amazing (and tasty) varieties of quiche found around the world, from the original quiche Lorraine, to ones with broccoli, mushrooms, ham, or even shellfish.

The largest quiche was created in Paris, November 22, 1997, by Chef Alain Marcotullio. He used 125 quarts of milk, 1,928 eggs, 156 pounds of bacon, 134 pounds of butter, and more than 140 pounds of flour! While we love to make quiche, we aren’t suggesting anything quite that large! Try out this irresistible Cheese and Chile quiche recipe from Epicurious and make any morning meal feel fancier.

Note: this recipe also calls for a 9-inch (2-inch deep) round fluted tart pan with removable bottom as well as pie weights or raw rice